A classical composer for a modern world 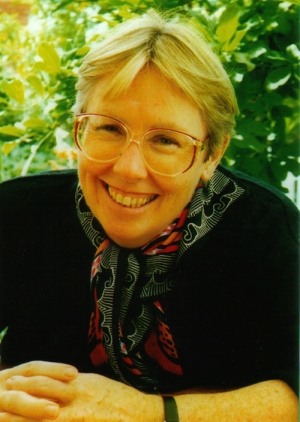 Moya Henderson is one of Australia's most accomplished composers and instrument designers with a career spanning over four decades.

Moya graduated from the University of Queensland with first class honours in 1972, In 1973 she was appointed Resident Composer to the then Australian Opera during its inaugural season at the Sydney Opera House. She was awarded a DAAD Scholarship and a Travel Grant from the Music Board of the Australian Council for the Arts, which enabled her to continue her studies in music-theater and composition in Germany.

Between 1974 and 1976 Moya attended the Cologne Musikhochschule, in Germany - one of the world's most acclaimed music universities. There she studied music-theater with Mauricio Kagel and composition with Karlheinz Stockhausen, two of the most important and interesting composers of the 20th and early 21st centuries. In 1974 she attended the Darmstadt Summer Courses for Composition and Performance. The short music-theater piece, Clearing the Air was written during the Darmstadt sessions, and on the strength of it, she was awarded the Kranichsteiner Prize for Composition at the course's end. The music-theater piece, Stubble, was a highlight of the 1976 Darmstadt Courses. Moya returned to Sydney, Australia in 1976.

She continues to work as a free-lance and commissioned composer ever since and has developed a broad and significant body of work.

In 2002, her opera, Lindy, was produced and presented by Opera Australia in the opera theatre of the Sydney Opera House to considerable critical and popular acclaim.

Moya Henderson has several achievements in the field of instrument design. While in Germany in the mid-seventies she received a commission from the sculptor and master designer Helfried Hagenberg to compose music to be played on a sculpture he had created from twenty-seven triangles. The sound she discovered during the course of completing this commission led her to research and eventually develop the alemba, a keyboard percussion instrument. She was awarded one of the inaugural CSIRO Artist-in-Residence Fellowships in November 1983, and another residency in 1986 enabled her to work on an improved fine-tuning of the bass alemba. Treble and bass alembas have been used several times by the Sydney Symphony Orchestra.

Moya also invented the Tosca Bells and the 'noose' for stringed instruments, which enables the composer to write 'natural' harmonics on virtually every note within the range of the string orchestra. The first work to make use of this invention was her work The Dreaming.